The fattest penguin of the Pole 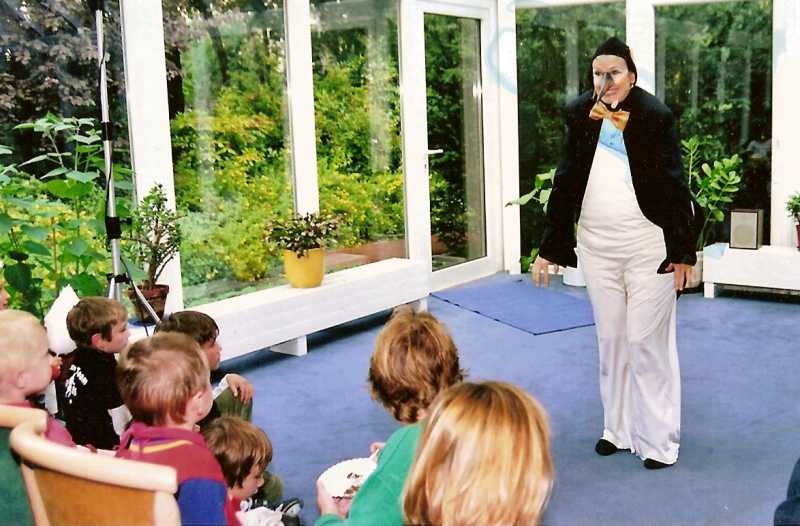 What started as a project of namu art for Life Network Assoc. was continued as an independent production by theatre MYO assoc.

Descrition of the piece:

The South Pole is too cold for the fattest pinguin. He tries to tap-dance to keep warm but that doesn't help. So he decides to leave the Antarctic Ocean and go to Sardinia on a float. After a while the trip starts to be boring and he starts to eat to fight the boredom. Suddenly he notices that the icebergs have disappeared in the distance. Everything around him begins to melt. The first raindrops start to fall. During the thunderstorm his float melts totally and he escpes into his barrel in which he continues to travel. Suddenly everything is quite and the pinguin thinks he has arrived: is it Sardinia already? Where is he? Ah, in Berlin, more exactly in Charlottenburg, or in Neukölln...... (depending on the location). 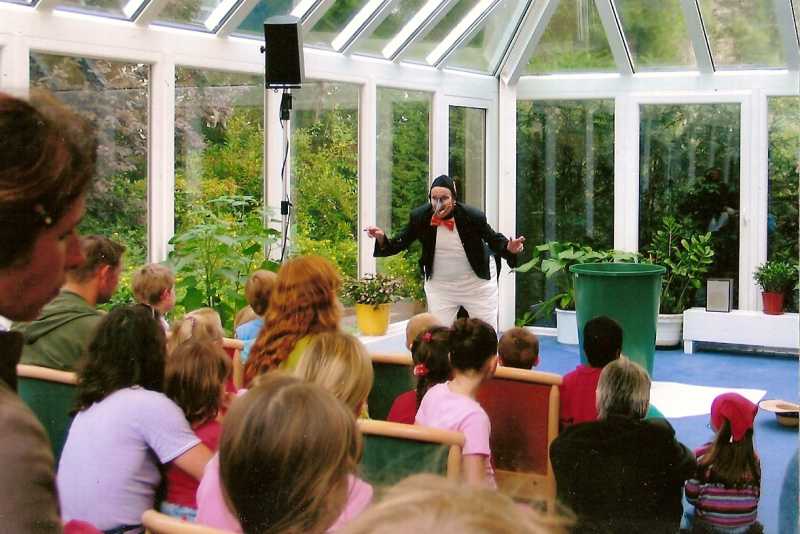 What is this theatre piece about?

The fattest penguin of the pole is a pure performance theatre. The idea of the one-person piece is that the audience become one with the actor through an interactive process. The audience is included more and more into the action, until it becomes in the end itself the actor. In a playfull learning process a number of questions are raised. For example: “Who or what am I, fish or bird?” or “Where is it so warm and cosy?” The message of the play is that a vision, courage and energy can make the impossible possible. The path is the goal. The penguin overcomes his obstacles and the circumstances all by himself. Thereby he transforms his weaknesses and unfortunate situations into a positive outcome. Result: be strong and positive. You can get surprising results exceeding all of your expectations.