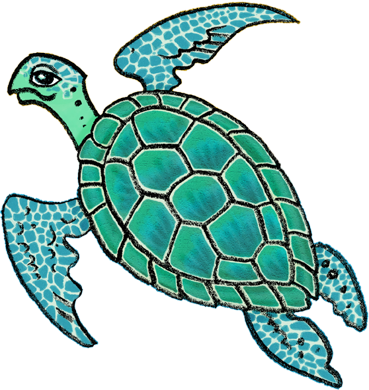 Once upon a time…
Well, I once was…
on a beach…
Unusually a wonderful place
A beautiful blue sky
Softly crashing waves
Enough wind, to fly a kite
Soft and warm sand mixed with aromatic seaweed,   mmmmh, yummy
Well, it was soooo incredibly nice
Really wonderful
If it hadn’t been for these boys…

A suspenseful journey begins.
Once upon a time… that’s how most fairy tales start. All of us, yes, you and I as well, are writing the story of our lives every day. We take decisions in any given moment. Unfortunately, some things in life repeat themselves, but we can always create a change. In the end, one day we will look back and realize:
One upon a time… 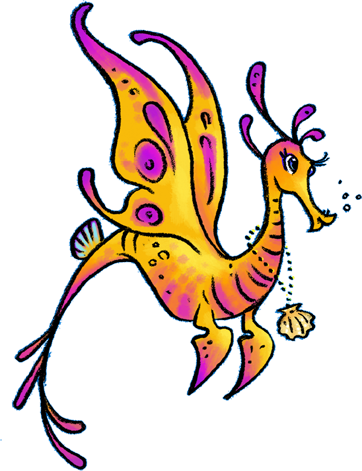 This story is about the dragon girl. 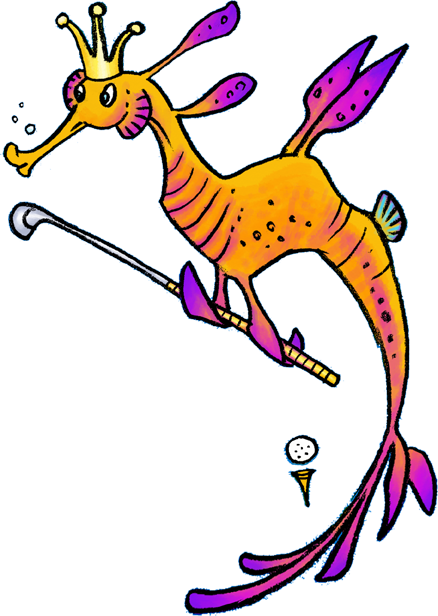 Even of a real dragon princess, because her father was the dragon king.

On her 8th birthday, the king gave her the “mussel with the pearl of wisdom making all wishes come true”, which contained a secret message for her. 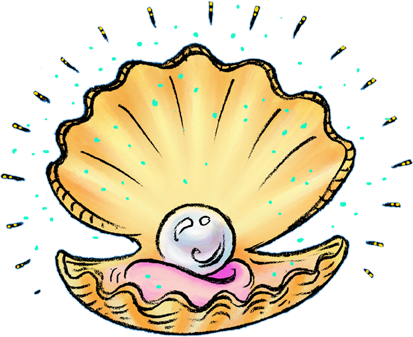 Once the dragon girl understood the message of the mussel, she was allowed to leave the magnificent underwater palace of the king for the very first time.

Oh, how relieved the king was! His daughter had understood the message of “the mussel with the pearl of wisdom making all wishes come true”. All excited, she immediately swam through the gates of the palace out to the big ocean.

She developed the strong wish to tell all the ocean creatures about the message of the mussel. The message was about nothing less than happiness. Everyone should become happy. 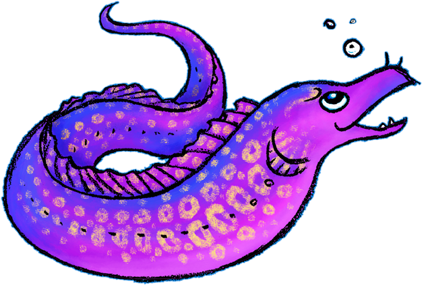 First, the dragon girl met the sea eel. But it preferred to stay inside its cave.

So the trip continued rather quickly because there were so many more creature in the ocean. For example, the was a choir of jelly fish. But it was a bit dangerous. Everyone knows how nettles can burn. On top of it, the jelly fish didn’t want to understand the message. It turn into a real chase. 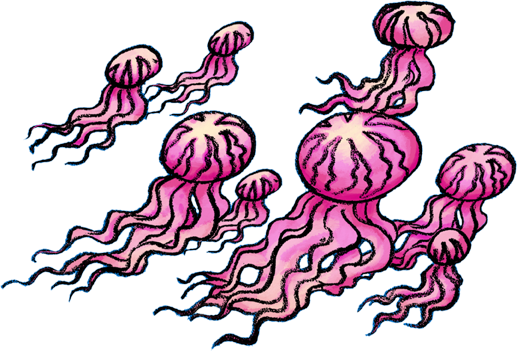 But suddenly a large grey wall obstructed the dragon girl’s escape route. It crashed into it and was dizzy from tumbling in a circle. Oh no, it wasn’t even a wall. It was a gigantic whale shark!

He was an easy going and wise creature. He has already heard about the dragon girl. 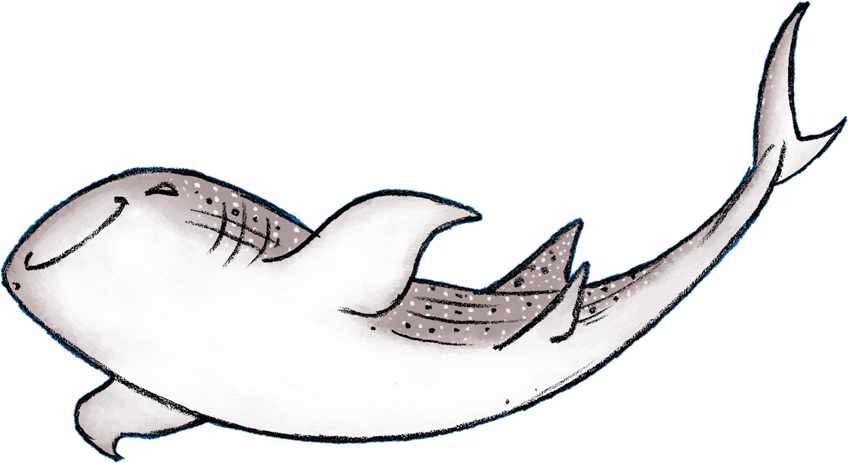 And some are simply unhappy for too long; they’re grouchy and bitter. The whale recommended to spread the message regardless.

And so the journey continued with the fun loving dolphins. The danced joyfully through the current and dove into the waves. 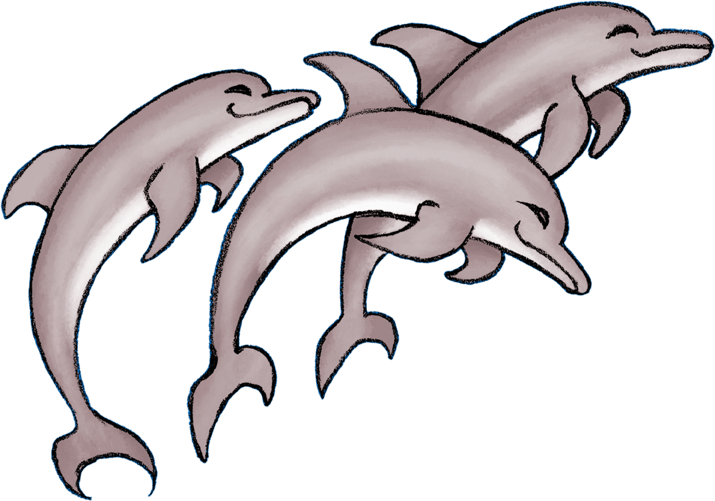 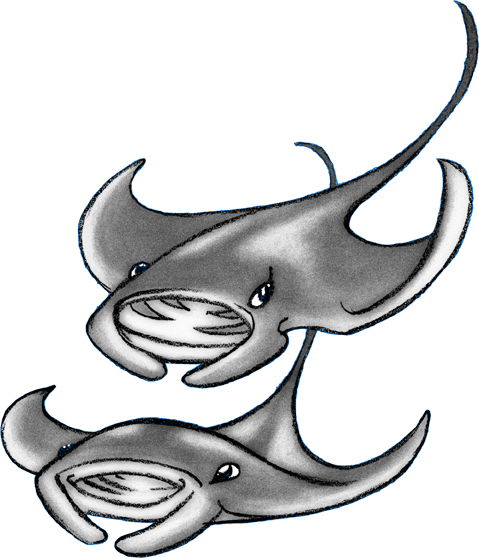 That’s when 2 curious mantas came to the surface. They were cheeky guys and pulled their pranks.

Then the dragon girl met the grouper. He was not very friendly, in fact he was very unpleasant. 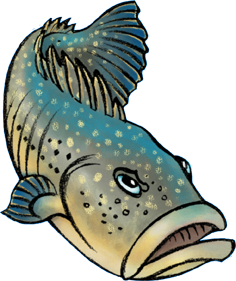 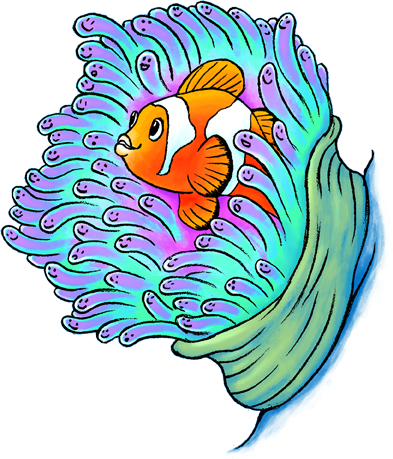 Fortunately on this long journey she ran into a funny clownfish who played with his sea anemone.

And then everything turned completely quiet. Even quieter than quiet. It was the quietest kind quiet that ever existed. 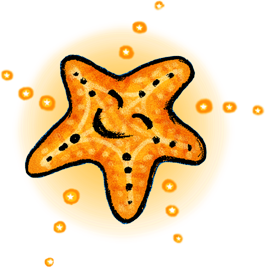 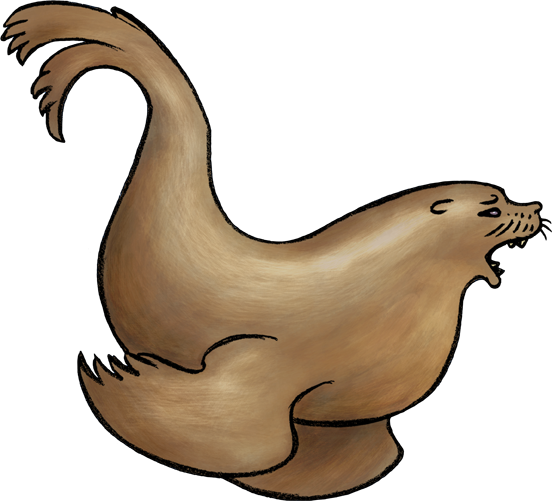 The sea lion was the saddest creature in this story. Nothing could lift his mood. The more the dragon girl tried to cheer him up the more he became sad.

The octopus knew what it took to be happy. You simply needed P.O. What’s that? Positive octopus? No, no! Penetrating Optimism. 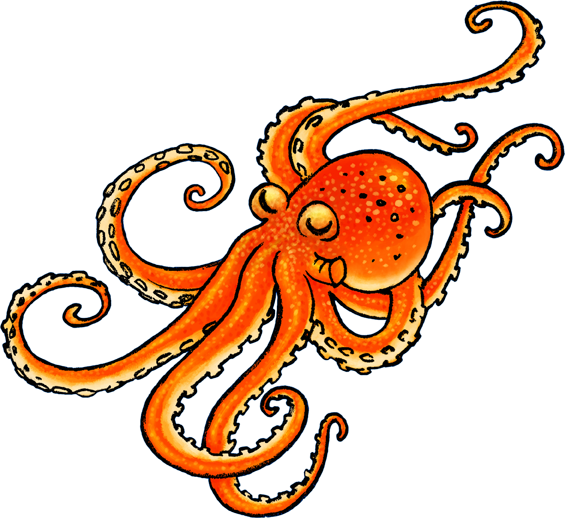 Until that moment the daughter of the king had met many very different inhabitants of the ocean. But now her journey was abruptly interrupted in an unpleasant way. The grouper didn’t like her and chased her away. Because of his own unhappiness he thought that no other being had the right to be happy. He even convinced others of this. They followed him and together they tracked her down. They stood in front of the dragon girl like a big wall.

It was really an unfortunate and sad situation. The dragon girl felt completely misunderstood, alone and pushed into a corner. A lively discussion started. But soon it became clear that the grouper wanted to become a dragon fish himself, but never did because he couldn’t jump through the dragon gate. And so he became bitter and grouchy and stayed a grouper.

Fortunately  the story of the dragon girl ended well. Everyone agreed that it’s important to talk to each other. In the end, everyone understood the message of the “mussel with the pearl of wisdom making all wishes come true”. Even the grouper was in a better mood. It will surely take a bit more time until he really understands the message. But when others support him, he might even learn what it means to be happy. 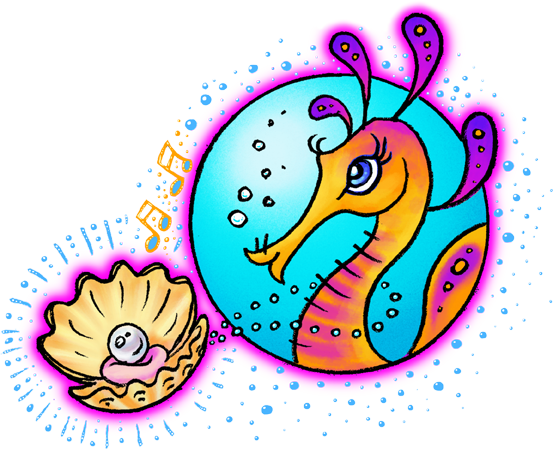